Vincent Riso is a principal of The Briarwood Organization and primarily responsible for overseeing prospective residential and commercial ventures. In this capacity, he forecasts market demand and designs the financial framework for all Briarwood-developed projects.

Separately, Mr. Riso, a licensed real estate broker, supervises Briarwood Properties, the Organization’s autonomous sales & management Corporation. Mr. Riso has been involved in numerous civic, charitable and professional causes. At the Queens Chamber of Commerce’s 2008 Building Awards, Mr. Riso received a Lifetime Achievement Award. Through his long-standing involvement with St. Mary’s, he was honored at the Bayside Children’s Hospital’s tribute dinner in 2007. In 2006, he received an East Harlem Community Service Award from Hope Community for making East Harlem a better place to live and work. He was appointed in 1995 to be the Diocesan Trustee on the Members Board of the Nehemiah II Project for the Diocese of Brooklyn by the Most Reverend Thomas C. Daily. Mr. Riso was appointed to housing and construction committees during the administrations of Mayors Koch, Giuliani and Bloomberg. In addition, he is a board member of the New York State Association for Affordable Housing, a current board member, past president and founding member of the Queens and Bronx Building Association, and continues to serve on the board of The Citizens Housing and Planning Council.

James Riso is a principal of The Briarwood Organization and primarily responsible for overseeing the daily operations for all general contracted, construction managed and Briarwood-developed projects, as well as overseeing daily operations of the company, including property management.

Mr. Brown is the Director of Development and General Counsel to Briarwood charged with identifying new development projects as well as managing all real estate and financial transactions.

In his capacity as General Counsel Mr. Brown is the primary liaison with special counsel retained for specific projects and he coordinates and monitors each project from site identification, through acquisition, financing, construction and sale or lease up. Mr. Brown has been admitted to practice as an Attorney at Law in the Courts of the State of New York for 38 years and has represented Briarwood for most of his career, both as retained counsel and as General Counsel. Mr. Brown holds a Bachelors Degree from the City University of New York Brooklyn College and a Juris Doctor Degree from Brooklyn Law School. Prior to joining Briarwood he gained over 20 years of experience as an attorney specializing in transactional real estate, real estate development, and real estate finance. Mr. Brown is a member of the New York State Bar Association as well as a past president and current director on the board of The Queens & Bronx Building Association, past co-chairman of the Associate Board of Parker Jewish Institute, a former director on the board of Building Skills NY, a former member of the executive committee of a local NYS Workers Comp Safety Group and a current board member of the New York State Association for Affordable Housing.

Ms. Inquanti is Chief Financial Officer primarily responsible for managing and monitoring the fiscal components of all Briarwood Organization ventures.

Ms. Inquanti’s position involves overseeing construction loans, commercial property mortgages, and cash flow. She also oversees financial operations for Briarwood. Beyond that, Ms. Inquanti is intimately involved in the development planning process, advising on all projects pro formas and government subsidy programs. With over 25 years’ experience with the organization, she has served in all capacities for Briarwood and holds a vital role in all department functions.

Mr. Papadopoulos is responsible for overseeing each project from the initial design & estimation right through turn-key completion. On a day-to-day basis he manages all construction activities including budgets, plans, schedules, submissions, reviews, change orders, contract negotiations, trade buyouts and, most importantly, coordination with each of the on-site superintendents to ensure field performance quality and pace is maintained. He reports job status weekly to L. Riso principals and respective development partners. Being a seasoned professional with over 20 years of residential construction experience, Emmanuel Papadopoulos brings invaluable knowledge and expertise to each and every project. 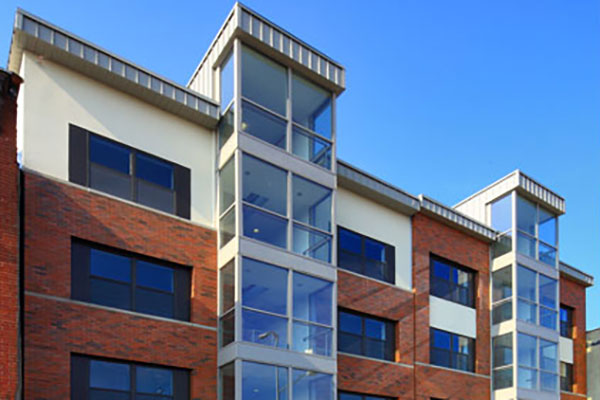